TUTORIAL: How to Make Your Own Chenille Fabric

Free Sewing Projects, Send Me to the Woods Fabric | 10 comments 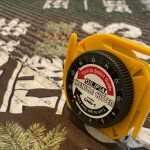 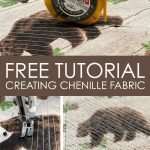 TUTORIAL: How to Make Your Own Chenille Fabric 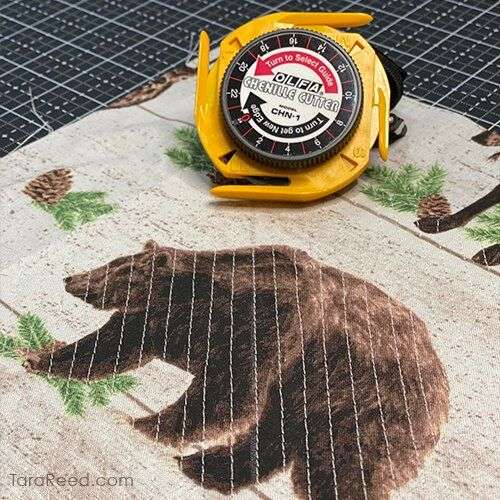 When I exhibited at the International Quilt Market in Houston in October 2019 I met a product manager from Olfa®. She was admiring the fabric panels for my Send Me to the Woods collection and thought they would be fun to use to make Chenille.

I had never tried the technique before so she sent me a free cutter to try. have done two projects with it so far and what to share how it works and what I learned in the process!

Chenille may refer to either a type of yarn or fabric made from it. Chenille is the French word for caterpillar whose fur the yarn is supposed to resemble. According to textile historians, chenille-type yarn is a recent invention, dating to the 18th century and believed to have originated in France.

Chenille bedspreads became popular in the U.S. in the 20’s and 30’s and became popularized for apparel again with commercial production in the 1970s.

Since the late 1990’s the chenille look has found its way into quilting. The chenille effect by ragging the seams, has been adapted by quilters for a casual country look. A quilt with a so-called “chenille finish” is known as a “rag quilt” or, a “slash quilt” due to the frayed exposed seams of the patches and the method of achieving this. Layers of soft cotton are batted together in patches or blocks and sewn with wide, raw edges to the front. These edges are then cut, or slashed, to create a worn, soft, “chenille” effect.

Thanks to the Chenille Cutter, you can create this look with any fabric! It features 24 extra sharp, double-honed edge blades that are made with high-quality tungsten tool steel. The engineered built-in rotation dial makes it easy to cut-outs for projects. Four-channel guide in the chenille cutter offers narrow to wide width sizes.

Choosing the fabric you want to use with this technique takes a little understanding of what the results will look like.

The more layers of the same fabric you use, the fluffier your result will be. I’ve seen people suggest anywhere from 3 to 7 layers – but know that the key to best results is to meticulously line up the print on each and every layer so the more layers, the harder your prep work will be.

Contrast matters.  The more contrast in color you have in your fabric the more you will be able to see the print once you complete the chenille process.

In this tutorial I’m going to show you the second project I did, a quilt block.  My first attempt turned out fine (and is shown at the bottom of the post) but didn’t work as well as I expected because there wasn’t quite enough contrast.  You will see what I mean… 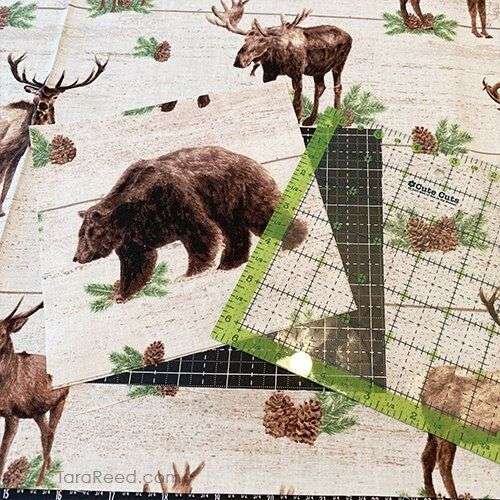 Using the main print from my Send Me to the Woods fabric I decided to make a 6″ chenille effect that I would use as a quilt block. I fussy cut the image making sure I had the EXACT same placement for each of the 4 layers. 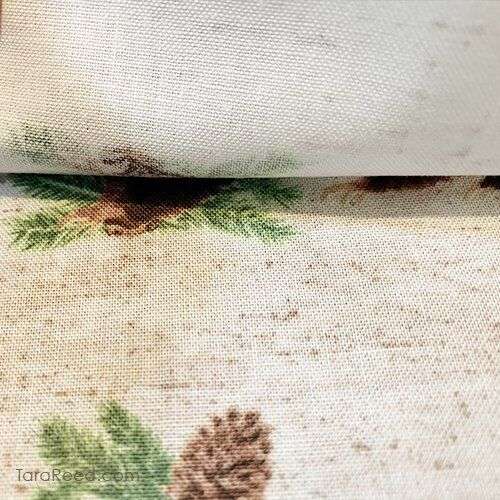 Prepare to spend some time being as precise as possible when layering your fabrics – this is the key to success with creating your own Chenille. If the prints are off the end result will look like a blurry photograph and not a fuzzy Chenille look.

Choose specific points on the print and make sure they match up, adding only one layer at a time. This is truly where you will spend the most time and while it can seem tedious, it’s worth the effort!  (This is also why I recommend trying this with a small project to begin with!) 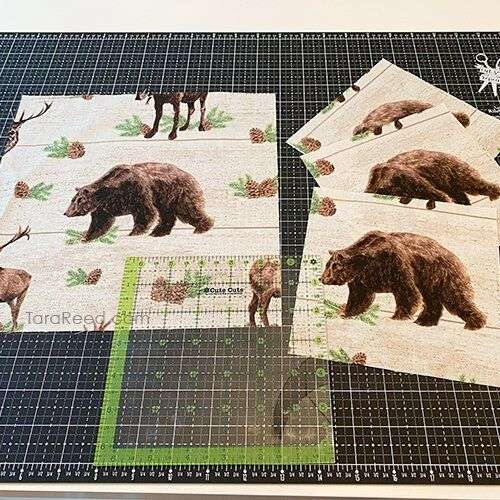 Regardless of the number of layers you choose to do, you need to cut a bottom layer at least an inch or more larger than all of the other layers. This will allow you to use the Chenille Cutter without cutting your whole project into pieces! 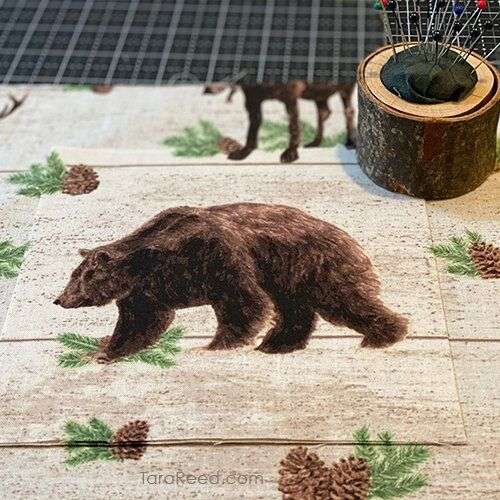 Once you have all of your layers lined up it will look like one piece of fabric with some height to it, you shouldn’t be able to see any irregularities in the design.

The next step is to sew a lot of parallel lines diagonally across your fabric to create “channels”. You will then put the Chenille Cutter in these channels (between the stitch lines) and make your cuts.

The Chenille Cutter has 4 guide sizes so you want to create channels that match up with one of the four: 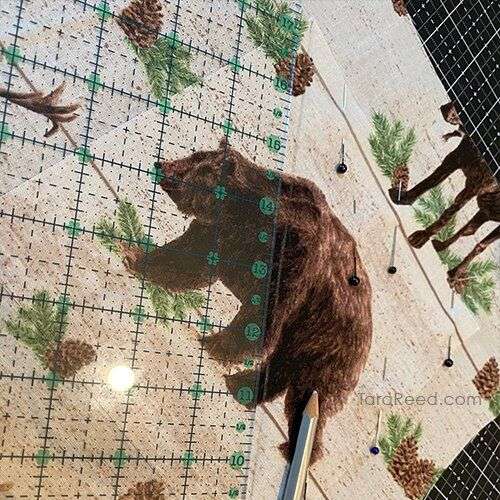 DRAW a diagonal line across your project to use as a starting point to sew your channels.

For a square simply connect opposite corners with a line. For other shapes, be sure to have a line at a 45 degree angle from a corner point. 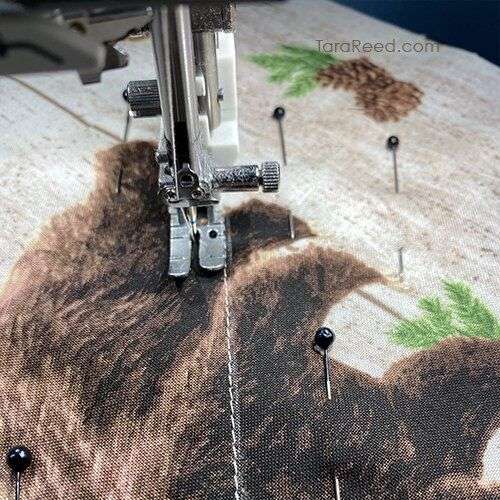 I chose to create 1/4″ channels on this project for two reasons.

FIRST – the size of the project. It requires a smaller channel to get the desired effect at the end.

SECOND – I have a 1/4″ walking foot for my machine so it was easy to do all the way across the fabric! 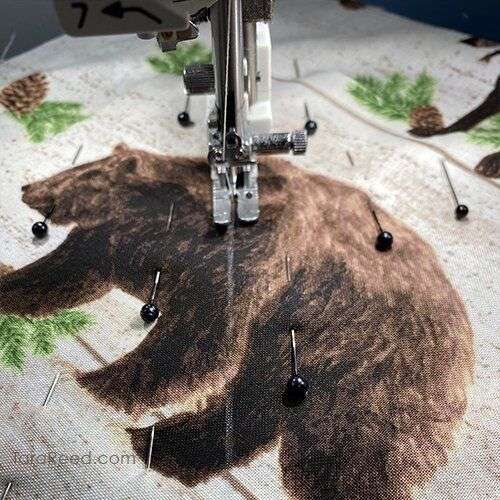 STITCH on the line to start creating your channels. 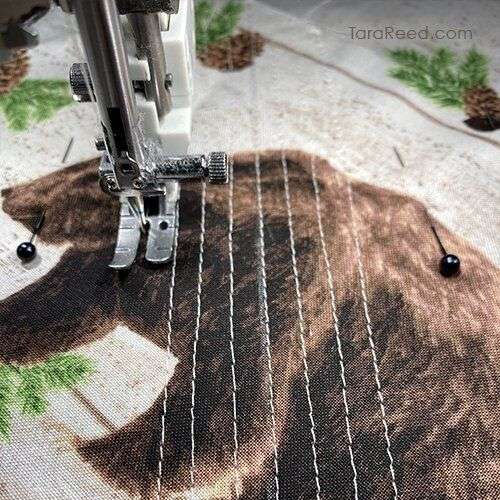 Continue sewing 1/4″ from each previous stitch line until the fabric pile is completely stitched down to the bottom layer.

Now it is finally time to try the Chenille Cutter! Below is a video of the process as well as photos and written instructions if you prefer that. 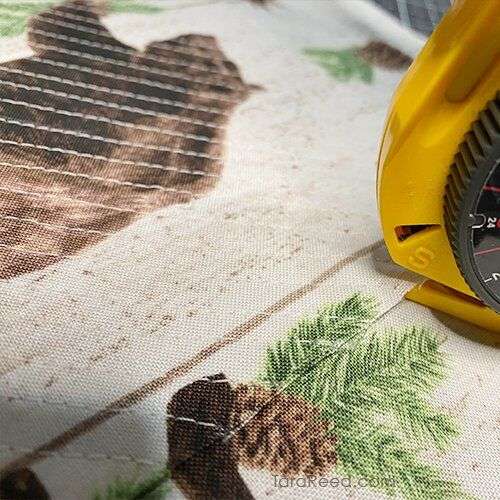 TURN the dial on the Chenille Cutter in the direction of the red arrow so the blade is showing by the plastic guide that relates to the size channels you sewed in your project.

INSERT the plastic guide between the bottom and other layers of your fabric. 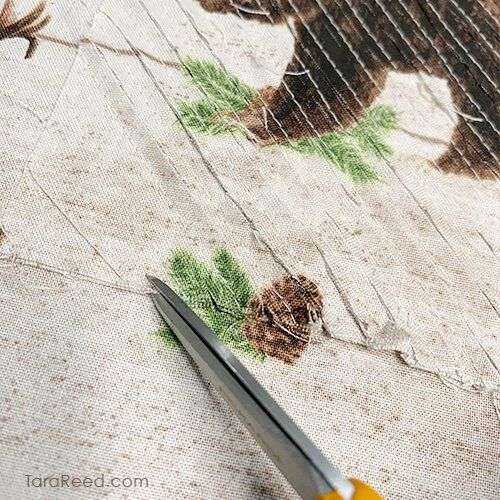 If the length of the channel is short and/or your blade is getting dull, the shorter parts can be hard to get started.

USE SCISSORS to start the cut so you don’t rip out stitches. 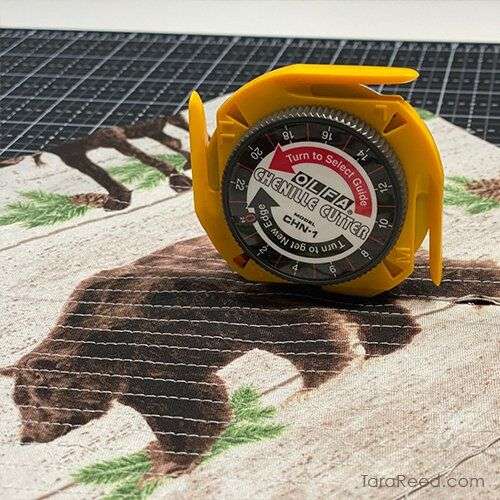 Holding the cutter upright (don’t tilt!) PUSH the cutter forward so the blade cuts through the layers of fabric in the channel.

REPEAT in every channel of your project. 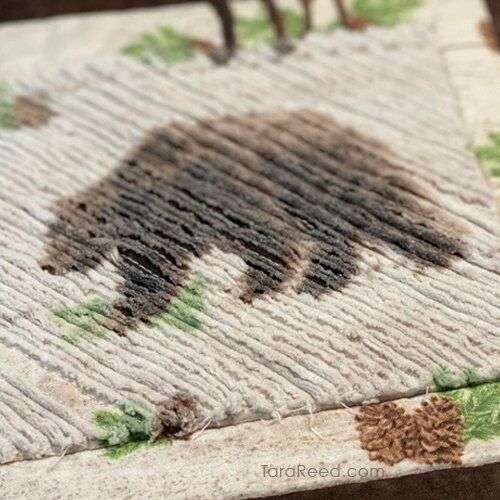 Once you have cut all the channels, put your project through the washer and dryer to get the full Chenille effect!

Below are photos of the Door Mat I made using 2 of the 4 squares on my Send Me to the Woods fabric panels.

I learned a few lessons I’ll pass on to you. 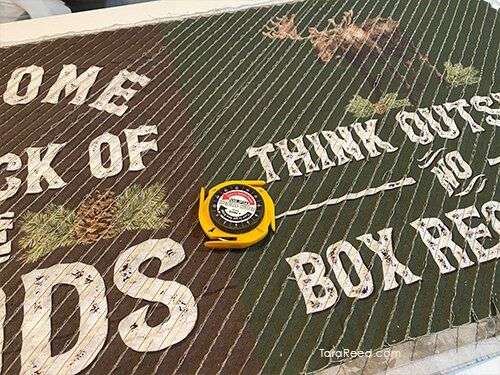 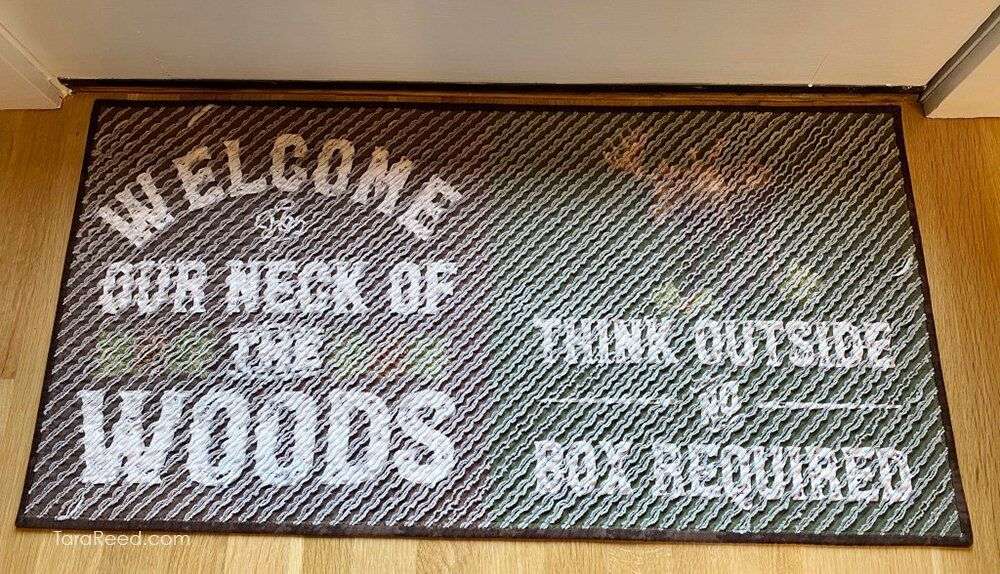 Materials Used in this Project: 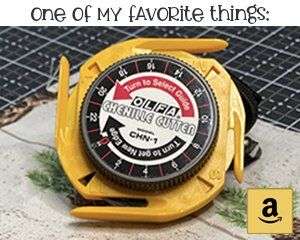 I hope this helps you better understand how the Chenille Cutter works – would love to know if you give it a try!

This site uses Akismet to reduce spam. Learn how your comment data is processed.